William J. "Bill" Bowerman and Philip Hampson Knight were cofounders of Nike. Statue of Nike Goddess,the goddess of victory. Pic of Crater Lake in Oregon. Nike is headquartered in Beaverton, Oregon and is referred to as Niketown.

The only 3 CEOs of TCS till now.

Flag of The Benelux countries(Belgium,Netherlands, Luxembourg) were Fortis' home base. Logo of Fortis Türkiye Kupası is a football cup competition in Turkish football, run by the Turkish Football Federation since 1962 is sponsored by Fortis.

Lady: Anita Roddick--founder of Bodyshop which was acquired by L’Oreal, Old guy is Eugene Schweller the founder of L’Oreal and John Abraham is the brand ambassador of Garnier which is a L’Oreal Brand so the connection is L’Oreal.

The Samsung Town in Seocho‐gu, Seoul, South Korea – the headquaters of Samsung.

Allianz has been a sponsor of the AT&T Williams F1 Team since 2000.

The Allianz Arena , a football stadium in the north of Munich, Germany home to football clubs FC Bayern München and TSV 1860 München. Allianz purchased the rights to name the stadium for 30 years. Allianz owns the Polish football team Gornik Zabrze. Allianz disrtibution around the world.

“Bonded By Blood” campaign featuring the All Blacks rugby team in a traditional haka (Maori war dance) pose. Sterilized blood samples from each of the 39 players were mixed with ink to to print 8,000 commemorative posters (photo above).

The WINNERS of the first Brand Equity Quiz

Download the question for day 1 from the following link 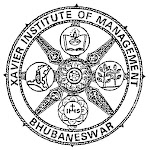